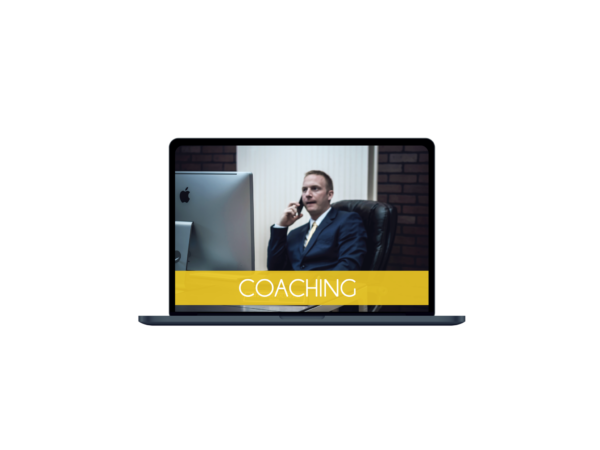 Each one-on-one coaching session is delivered by Mitch Durfee and is UNIQUELY designed for you to identify the opportunities for growth within your life and business. Mitch will then personally work with you to create an actionable plan that will maximize your areas for growth. By using Mitch Durfee’s unique tools, tactics and strategies for business, finance and marketing you will be able to streamline your processes and maximize your full potential in business and in life.

Are You Ready To Maximize Your Full Potential?

I served in the Army, and I while I was deployed I realized that being overseas was never going to allow me to pursue my dream life.

I read a book that literally changed my life. (Think and Grow Rich) I was not making the income I wanted, I was working way to many hours,

and I was stuck on a path that was never going to allow me the free time, or income I felt like I deserved.

Have you ever felt this way?

So I decided to change everything. I purchased my first 4-plex from the back of a MRAP in Afghanistan, and after I closed on it,

I left the military life for ever. I started my own company, and I struggled!

I did a lot of things the hard way, in fact it wasn’t until I went to a Tony Robbins event called Business Mastery

and hired a coach, that I was able to turn my company, my real estate growth, and my life around.

I’ve spent close to 200k in coaching over the years and to this day I still invest over close to 50k a year in my coaching and personal development.

However, because of this coaching I was able to build a multi-million dollar business and grow my company into multiple states.

I was voted rising star of the community, then finally one day I decided to sell that business and join the rare group of business owners that have ever sold a company.

(Did you know that only 13% of businesses are ever sold?)

I did this so that I could help other business owners…

Out of those businesses and individuals that I coach, there have been people that have purchased over a 2 million dollars worth of real estate investments in under 2 years.

There are other businesses that I work with that have gone from a couple hundred thousand dollars a year to generating multiple millions of dollars a year!

and one has even went on to become…

The best small business of the year!

Over the years, I have spoke at hundreds of events around the country to entrepreneurs of all kinds!

and I’ve helped others begin to create their generational wealth through real estate and business development.

Are you ready to get unstuck?

If you’ve ever reached a point in your business or life where you’re not making the income you feel like you deserve,

or you are working too many hours

or maybe your just done trading time for dollars…Then make the right decision!